The History of Vaccines

The History of Vaccines

Which of the following are true?

In medicine we like tests so let’s start this discussion with a quick quiz. 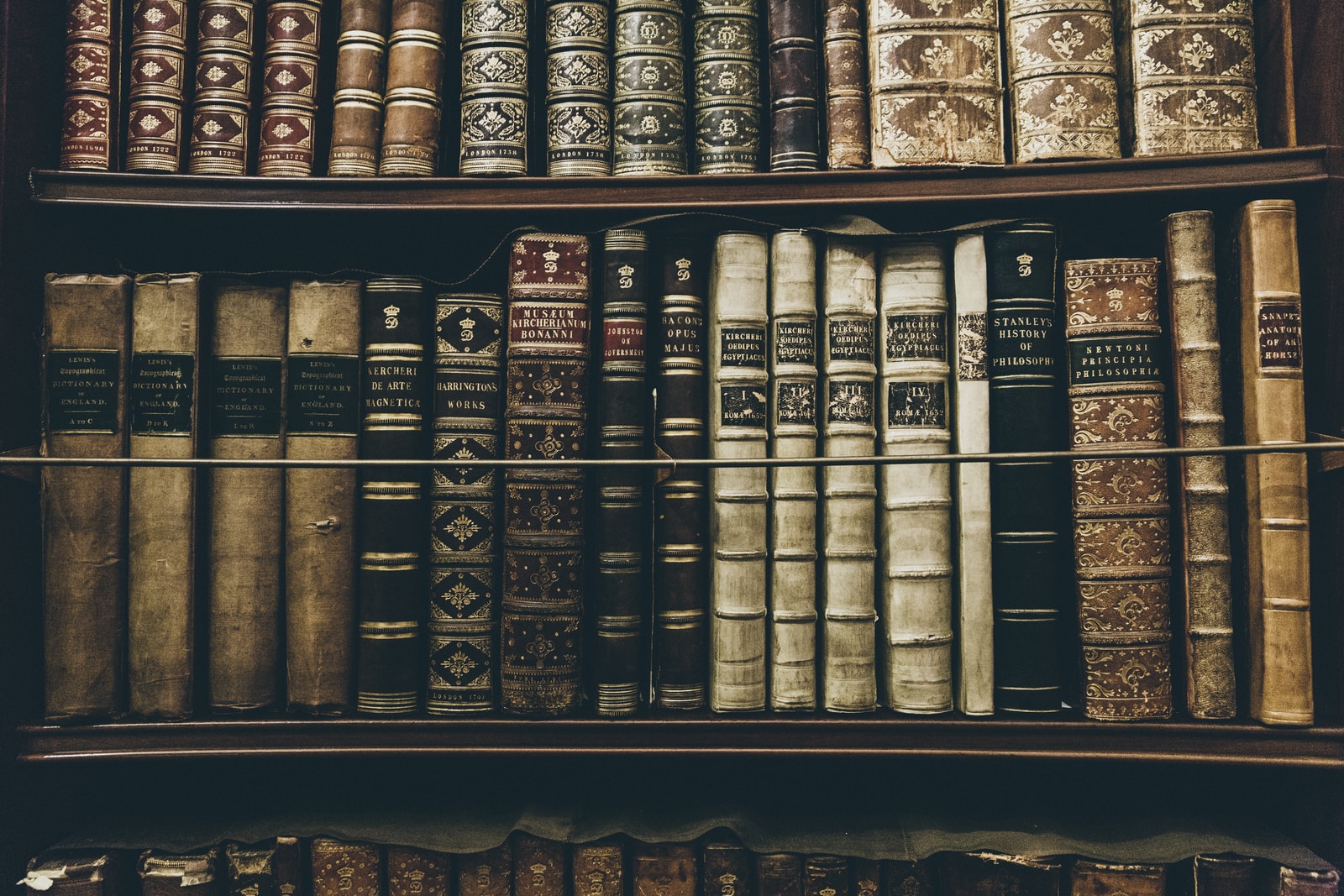 Ask any modern healthcare professional to list the 10 greatest achievements of the past century, and vaccinations would have to rank near the top, but there remain a lot of debate about vaccines and their safety. Why is this? Is there something to this? Interestingly, this debate has a long history. To really understand it, we need some context, so let’s take a stroll down the scientific memory lane.

1796 Smallpox was a scourge that indiscriminately affected the rich and poor alike. It disfigured and often killed. When Edward Jenner administered the first vaccine in Gloucestershire, England it was modern marvel and it made him famous in his own time. He gave the first dose to a 12-year old boy by exposing him to the harmless but similar cowpox virus. He later proved that this protected the child from smallpox. The name “vaccine” didn’t actually exist at this time. Jenner later named the treatment “vaccine” from the Latin vacca meaning cow so “b” from our quiz is true. It’s important to note that Jenner’s initial experiments were carried out in a pre–germ theory era that lacked modern methods of quality control and sterilization. His method involved “arm to arm inoculation. His method literally called for transferring puss from the arm lesions of those recently vaccinated/infected into the broken skin of the patient. As you might imagine, it was not uncommon for staph, syphilis and other serious infections to accompany this inoculum. Many people were rightly fearful of contracting another dreadful disease while getting vaccinated for the first one. One might also find some ethical issues with his testing method of experimenting on unwitting children but that’s for another discussion.

1830 “d” was true. The 1830s did actually see the birth of the first anti-vaccination movement. Seeing the success of Jenner’s vaccine, the English government made his inoculation procedure mandatory for all its citizens. Unfortunately, the mid-nineteenth century English government was not that popular and this time period also saw the rise of numerous medical quacks and snake oil salesmen. The public’s well-placed mistrust in these quacks and their fear of their government forged the foundation of the first anti-vaccination movement. Much of their consternation revolved around the same concerns we have today about government intrusion into our lives and even our very bodies.

1885 Louis Pasteur, the inventor of pasteurization, invented a rabies vaccine. He was a student of Jenner’s work and named all such treatments “vaccines” in honor of Jenner. Smallpox vaccination soon became mandatory under most regional laws in the U.S.

1920s – As safe and effective vaccines were developed and refined, one by one, the standard childhood immunizations were implemented, including diphtheria, pneumococcus, tetanus, typhoid, pertussis. They would become a requirement for public school attendance.

Spring of 1955 200 children contracted polio from a vaccine containing the actual live polio virus from an bad batch manufactured by Cutter Laboratories in California. Five of those children died from the disease.

1963 a licensed, inactivated measles vaccine was withdrawn because it didn’t work and it predisposed recipients to an atypical measles syndrome if they were exposed to the actual measles virus.

1977 The last naturally occurring case of smallpox was diagnosed in Somalia.

1988 350,000 cases of polio were still being diagnosed annually worldwide prompting a concerted, global effort to eradicate it. By 2017 this program would drive down the number of new cases of wild-type polio infections to just 22. Polio paralyzes one in 200 children infected. That means that since 1988 the global initiative saved many lives and almost 1800 children from lifelong debility.

2017 The oral polio vaccine (OPV) is inexpensive, easy to administer it became the vaccine of choice for controlling polio in third world countries. In one case per 750,000 vaccine recipients, the attenuated virus in the oral polio vaccine is known to mutate into a form that can paralyze just like the wild-type polio virus. In 2017, cases caused by vaccine-derived poliovirus (cVDPV) outnumbered the wild-type cases. This was primarily due to wild polio cases hitting record lows, but it is still frightening. Most industrialized countries like the U.S. have switched to the inactivated polio vaccine, which cannot revert, but is 100 to 200 times more expensive to produce.

Today, there are some regions where religion plays a role in the populace avoiding vaccinations. A widespread misconception has arisen in Pakistan that polio vaccine contains haram (forbidden by God) ingredients and could cause impotence and infertility in male children. This has led some parents to avoid vaccinating their children. This belief is most prevalent in their Khyber Pakhtunkhwa province and the federally administered tribal regions. Attacks on polio vaccination teams have occurred hampering international efforts to eradicate there. Today Pakistan remains one of the three countries where polio is still considered endemic.

Gardasil is a relatively newer vaccine and the subject of some very recent controversy in the first world. Gardesil is a vaccine against Human Papilloma Virus. HPV is a virus that can actually cause a specific type of cancer – cervical cancer and is the reason for the yearly Pap smears that women have to endure. Cervical cancer is usually caught early because of aggressive screening but it still frequently and tragically strikes down women in the prime of their lives. In 2015, then governor of Texas, Rick Perry issued an executive order making Gardasil a mandatory vaccine. Unfortunately, his order was overturned by the Texas legislature in response to the concerns of a few conservative groups like the Family Research Council (FRC). They expressed fears that vaccination with Gardasil might give girls a false sense of security regarding sex and lead to promiscuity. Despite the FRC’s name, there is no legitimate research that supports that position. In my medical practice, I have personally seen women in their 30s on their deathbeds as a result of this disease. It is heart-wrenching and it is almost completely preventable.

Now that we have some perspective let’s revisit Dr Wakefield’s study on autism. The findings were published in the Lancet a widely-respected English medical journal. To say the study was flawed would be a gross understatement. In short, his study and its findings were largely fabricated. The author actually lost his medical license and the Lancet suffered significant embarrassment as the scandal eventually came to light. It turns out that Dr. Wakefield was working for a group of attorneys engaged in lawsuits against vaccine-producing companies. He was basically being paid to falsify data to meet the needs of his employers and he did just that.

It is amazing how this one individual could publish a minor paper in a single medical journal and have such a reverberating effect. But vaccines, as discussed, had suffered some low points in their development. Many of the issues salient in Jenner’s era about safety and government overreach have frequently reappeared in the discourse surrounding modern vaccines. So, in 1998, just like in the 1830s, the political milieu was ripe for an anti-vaccination message. Sadly, rational parents across the globe avoided vaccinating their children out of fear of the risk of autism. Unfortunately, occasional outbreaks of preventable diseases that were all but eradicated are now a growing problem. To this day scientists and health organizations alike spend significant time and resources fighting the damage caused by what will likely go down as one of the most serious frauds in medical history. So “c” from our quiz was also definitely not true. To date, no vaccine or vaccine ingredient has been scientifically linked to autism or any other form of neurological disorder.

Another issue is that some parents avoid the perceived risk of vaccinating their children with the justification that they will be protected by the phenomenon of herd immunity. For most diseases, 85% to 95% of the population needs to be immunized before protection is conferred upon the entire group. So, Answer “e” from our quiz is tricky but untrue. The problem with relying on herd immunity is that antibodies are not fully developed in the very young and their presence wanes over time leaving children and the elderly poorly protected. So, in order to reach that 85% threshold, everyone who can be vaccinated should be. When we vaccinate our children we’re not just protecting them. We’re also protecting the most vulnerable segments of our population – a grandmother in the nursing home, a neighbor’s newborn baby, or a cousin with leukemia on chemotherapy.

As you can see, depicting anti-vaccinationists as irrational and antiscientific this is really a mischaracterization. If we interpret their actions in historical context, we can see that many behaved as rational actors who were just weighing the pros and cons as they saw them at the time. Anti-vaccinationists concern for safety and their willingness to perform the duty of civic oversight should be appreciated. This kind of questioning is necessary as it pushes us to constantly re-examine whether current methodologies utilize best and safest therapies possible.

In the case of Jenner’s smallpox vaccine, his treatment spared hundreds of thousands from death or disfigurement. It was the best they had at the time, but one would be right to say the risks of those nineteenth-century methods are not remotely medically acceptable today.

The bottom line is this: We must keep things in perspective. A little more than a century ago one in five U.S. babies died in infancy. Of those that didn’t another one in five died in childhood. Before the existence of immunizations, infectious diseases such as measles, diphtheria, smallpox, and pertussis routinely killed our babies. We are talking about literally millions of children! All medical therapies have risks, but in general, we can agree that we are better off with modern medicine than without it. Statistically you or someone you love is more likely to be hurt by the diseases vaccines protect us from that the from the unseen or underappreciated risks of the vaccines themselves. One day society may develop something better. Future generations may look back and revel in the superior safety and efficacy of their new therapies. Until that day, today’s vaccines are pretty good and the life they save may be yours or someone’s you love. Finally, if you were wondering, Edward Jenner has no relation to Caitlyn Jenner, so “a” was also false. Thanks for reading. 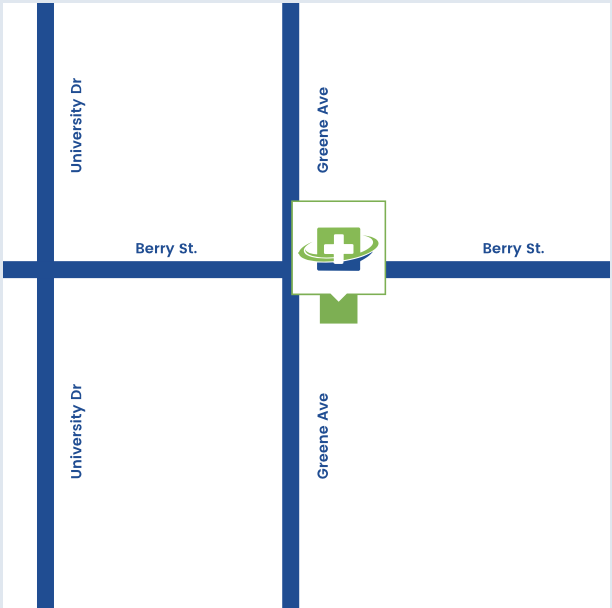